Hippocrates said it best when he recommended letting food be your medicine.  But, sometimes it’s hard to get everything you need to eat.  Nutrigold sent me their Whole Foods Multi-Vitamin Gold for Men in exchange for an honest review.  I gave them to my hubby Ben.  We noticed a big difference too. 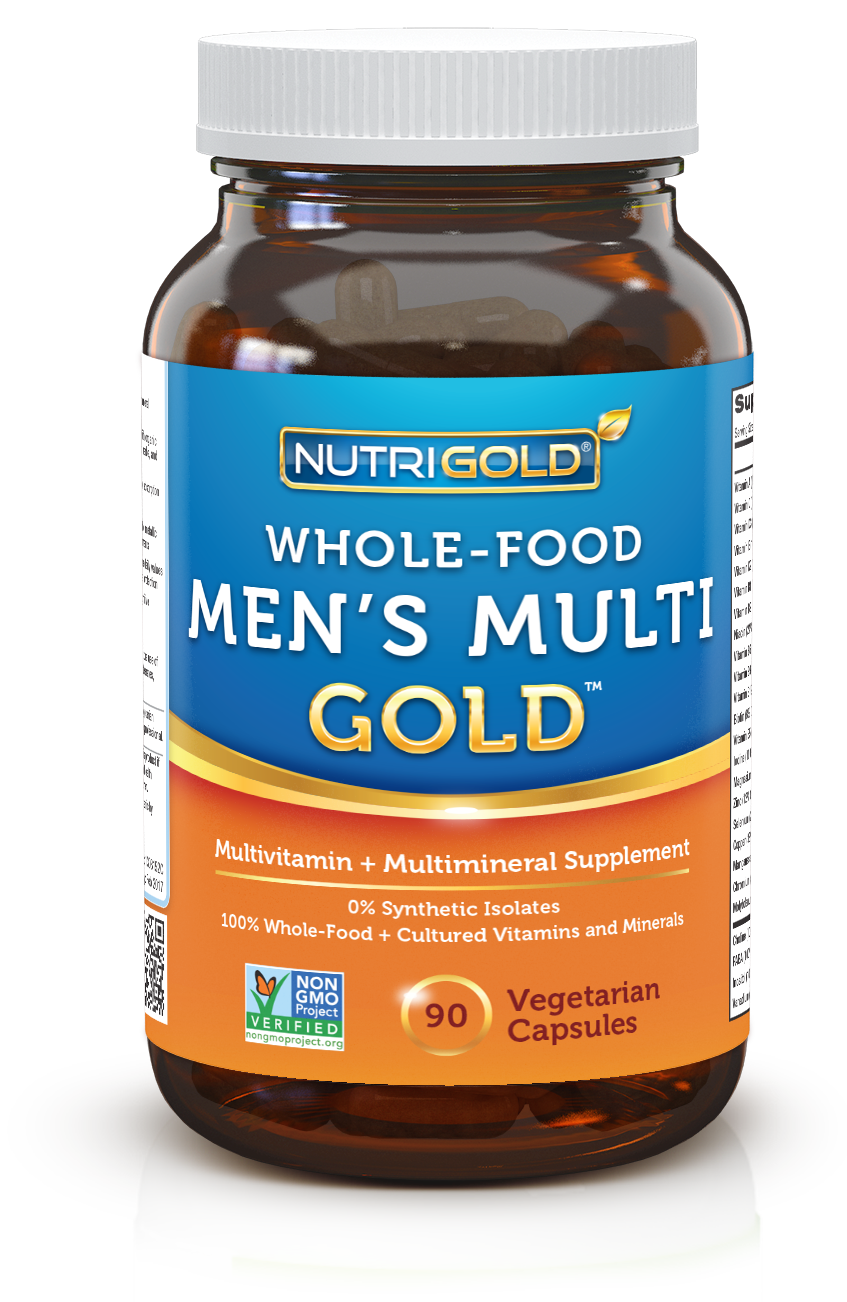 Ben, my hubby, is not one to take vitamins.  I have to “remind” him often and to be honest it’s annoying because I want the butt to be around a long time cause I love him so much, but I’m not his momma.  So, it was surprising when

I noticed the bottle was emptying and he was acting a bit…younger and playful.

Now, the man works his bum off…7 days a week so he’s not naturally not as playful as he used to be.  Working that much is HARD on you when you’re getting older.  It makes you tired and you’re not feisty.  I missed my wise crackin’ hubby.  I missed him wrestling and throwing the kids around and so did they.  But after about 2 weeks of taking the Nutrigold Men’s Multi-Vitamins I watched as he and Tyler got into a wrestling match in the front yard.  I watched as the kids perked up because he wasn’t exhausted and they could play together again.

I’m an insomniac so I’m FULLY aware of his snoring and sleeping patterns.  I noticed he was tossing less, I wasn’t having to shake him semi-awake because he wasn’t breathing, and he just seemed to be in a better mood.  I also noticed his beard.  He’d started getting some white in his beard but, the color started returning to it.  He also never complained about any “burps” which accompanied most of the vitamins I’ve “put him on” through the years.  I watched one morning as he packed them up to take to work since he had forgotten them one morning and he was never going to do that again.

Nutrigold is good enough you won't have to remind him to take his vitamins.
Click To Tweet

I liked that the Men’s multivitamin helps keep Ben’s prostate healthy.  Prostate cancer is on the rise for men in America and I’m glad that I can get that, heart, cellular and immune protection and support all in one glass bottle.

I also love that these vitamins are Non-GMO Verified.  That’s SOO important to us and one of the reasons we raise as much food for ourselves and support our local farmers as we can.  I like how Nutrigold took the time and steps to make sure their product was GMO-free.  That’s simply the sign of a company that cares about you and your family.  That’s the sign of a company that puts the earth ahead of profits and greed.  That’s a company I’m proud to recommend.

Do you remind your husband to take his daily vitamins too?

Organic since it was a dirty hippie word is an easy way to understand me. With 3 kiddos (7, 14, and 16) and one bearded hubby I raise chickens, ducks, turkeys, goats, rabbits and Great Pyrenees livestock guardians on our organically ran mini farm in Ohio. A bull calf and heritage breed pigs have recently been added, along with an impending move into our less than 600 sq ft tiny home that's more and more off grid with each solar panel we buy.

Homeschooling, green living, self-sufficiency and natural parenting (but with yelling) is the norm here. Any skipping through the tulips tends to end with a face plant in chicken or duck poo but being a "glass half full" kind of gal I can smile 'cause the poo is organic and non-gmo! Stop by and see more at HoneysLife.com